6 Car Problems Not Worth Fixing Before You Sell

So you're heavily pondering selling your rust bucket to a soul less fortunate than yourself. But as a decent human being, you've got some reservations. You think, "man, this car is messed up. Like REALLY messed up. Maybe I should fix it up before the big sale".

Turns out, it might not be worth it. Well not when the cost of the repairs exceeds the value of your ride. Here's 6 car problems that should make you consider selling "As is".

If you live in the midwest or east coast, you're well acquainted with harsh winters. More specifically, you're familiar with the salt on the roads that will absolutely destroy your car. Corrosion will quickly spread into the quarter panels, side rails and wheel wells. These areas are very noticeable since they are always within immediate eye view. But it gets worse. You'll need to check the exhaust system and fuel tank on your rusty beast too, as they most likely got hammered as well. 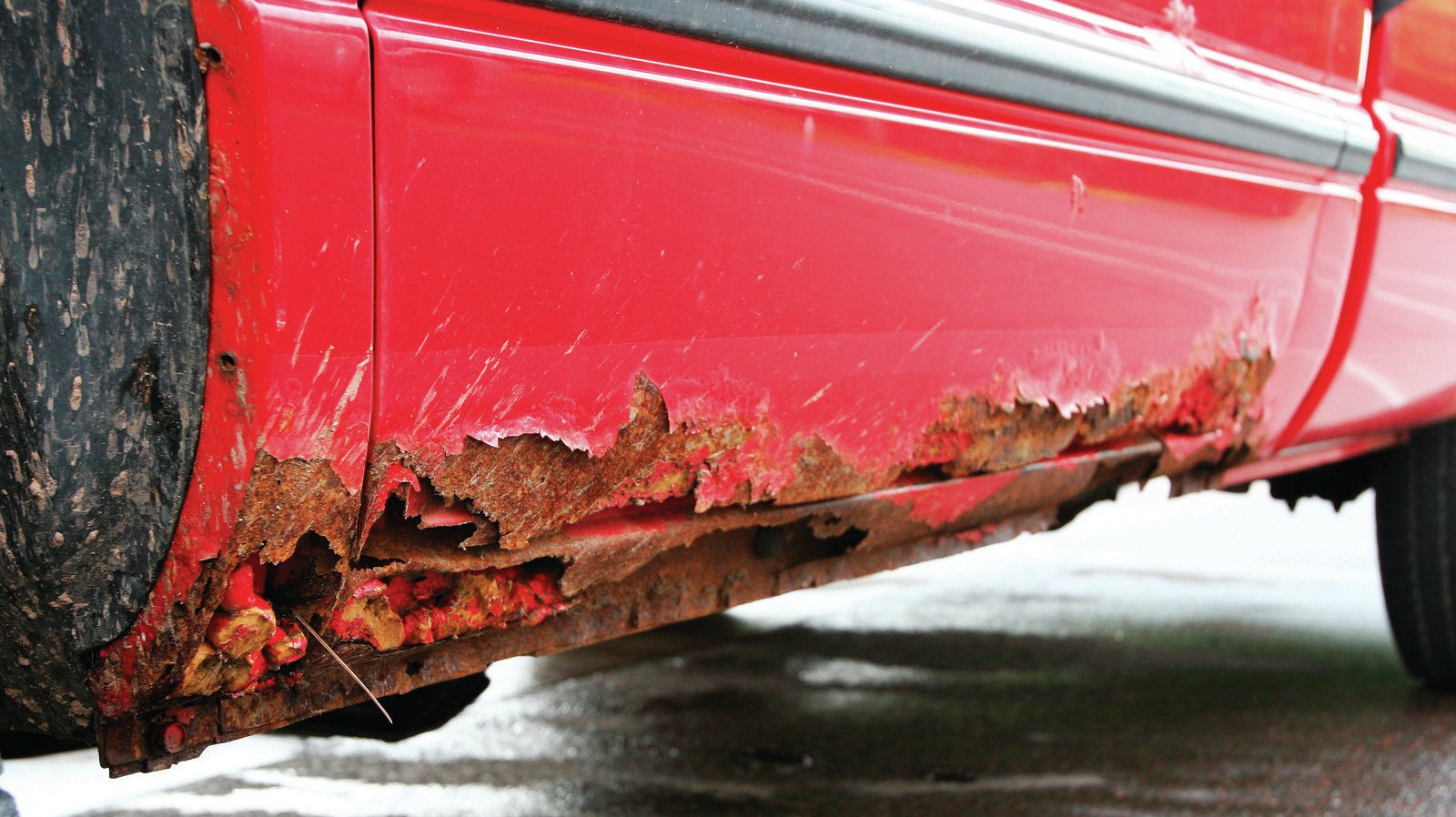 photo courtesy of Travel With Kevin and Ruth

Here's the thing though. Not all rust is created equal.

If it's just on the surface, you can use sandpaper to cut through the rust and old paint, and then apply a new set of primer and paint over it. However, if the rust has created a deep hole in the metal of your car, you need to replace whatever section has been affected. When the area "in question" is an entire panel of your car, you can see why things can ridiculously expensive fast.

Fortunately, corrosion can be prevented relatively easily if you wash your car regularly and purge the underside of all grime, salt and dirt. In addition, you should check the drain holes along the bottom of your doors and rocker panels, and make sure they are clear. The drain holes are designed to let rain water flow out freely. When they're clogged, you end up with water in nooks and crannies and ultimately- rust. You can clear them with a pipe cleaner.

A few fender benders here and there aren't a big deal.

But if you get into a major accident that damages the frame of your car, you're in for a world of financial hurt. You'll have to take your car to a body specialist to get pounded back into shape, and even then, the structural integrity of the frame will be extremely questionable in the event of a collision.

The cost of the repair for the frame damage will depend on what parts of the body were damaged. Generally speaking, if your quarter panels get roughed up, things are less severe ( even if it's a pretty size-able dent). This type of damage will generally cost around $600 to $1000 to repair, not counting the cost of repainting.

Now, If the damage were to be on parts like the radiator support, frame rail, or even apron it would require extensive repair. Old parts will be cut off and new ones will be welded on, leaving you with a vehicle resembling Frankenstein and repair costs easily exceeding $10,000. If your car is worth less than that, just say "adios".

Often a symptom of driving your vehicle without fresh fluids for a disturbingly long time, rod knock occurs when your car's rod bolts and bearings start to get very loose.

Rod knock gets its name from the sounds that come from your engine . Yep, you guessed it. Knocking sounds. The knocking/ rattling gets progressively louder and scarier as you accelerate, warning you of the impending doom of your soon to be deceased whip.

For an example of what it sounds like, check out the video below:

While you can suppress the noise of the knock by adding oil additives, the problem itself will not be solved. It's only a matter of time until a piston rod goes rogue and impales your engine block.

Driving with a blown transmission is out of the question. If you decide to sell your car, this is a mandatory fix. But should you? Repairs are usually expensive due to labor costs alone, especially for automatic transmissions in newer cars. The reason for this is that modern transmissions are heavily integrated with computer systems and electronics, and often require special knowledge and tools to work on.

Expect your car to potentially be out of commission for 3 to 4 days. And expect your wallet to be out of some serious cash.

Average industry prices for transmission repairs are as follows:

When it comes to the wires of an OEM engine harness, things just aren't pretty. 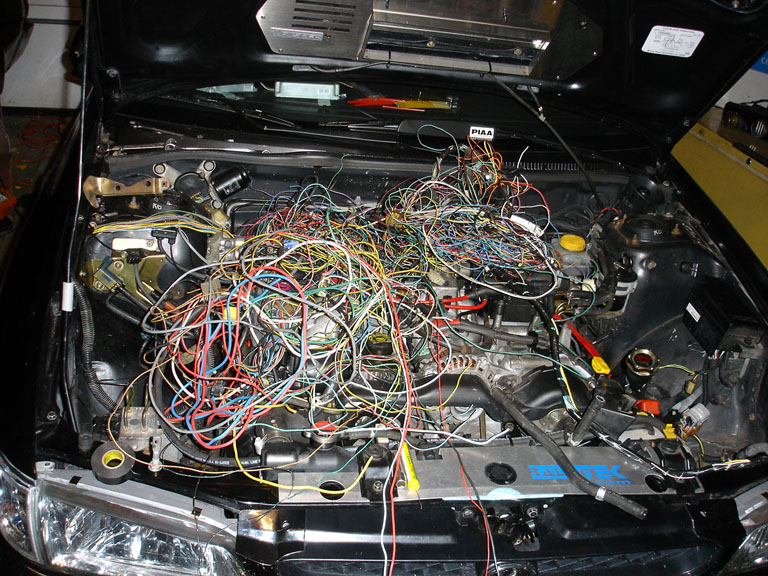 Usually it's a crazy medusa style tangle all the way through, and when one wire goes bad, the fix is unfortunately not as simple as replacing a single wire. Often times, the whole thing will have to be replaced.

And even if it is just one bad wire, just diagnosing which wire it is and then isolating and removing that wire can take a very long time. Normally the wires you see are bundled together and taped off, meaning you have to undo everything before the real work even begins.

It's a long tedious process, and therefore, an expensive one. Keep squirrels and other wire gnawing critters away from your vehicle. They're cute, but they could very well become the downfall of your car.

Your head gasket keeps your engine oil and coolant from mixing together as the fluids go from the engine block to the cylinder head, and also seals the internal combustion process. When it blows, you'll witness a giant cloud of white smoke coming from your exhaust. By the time it disappears, so will your money. 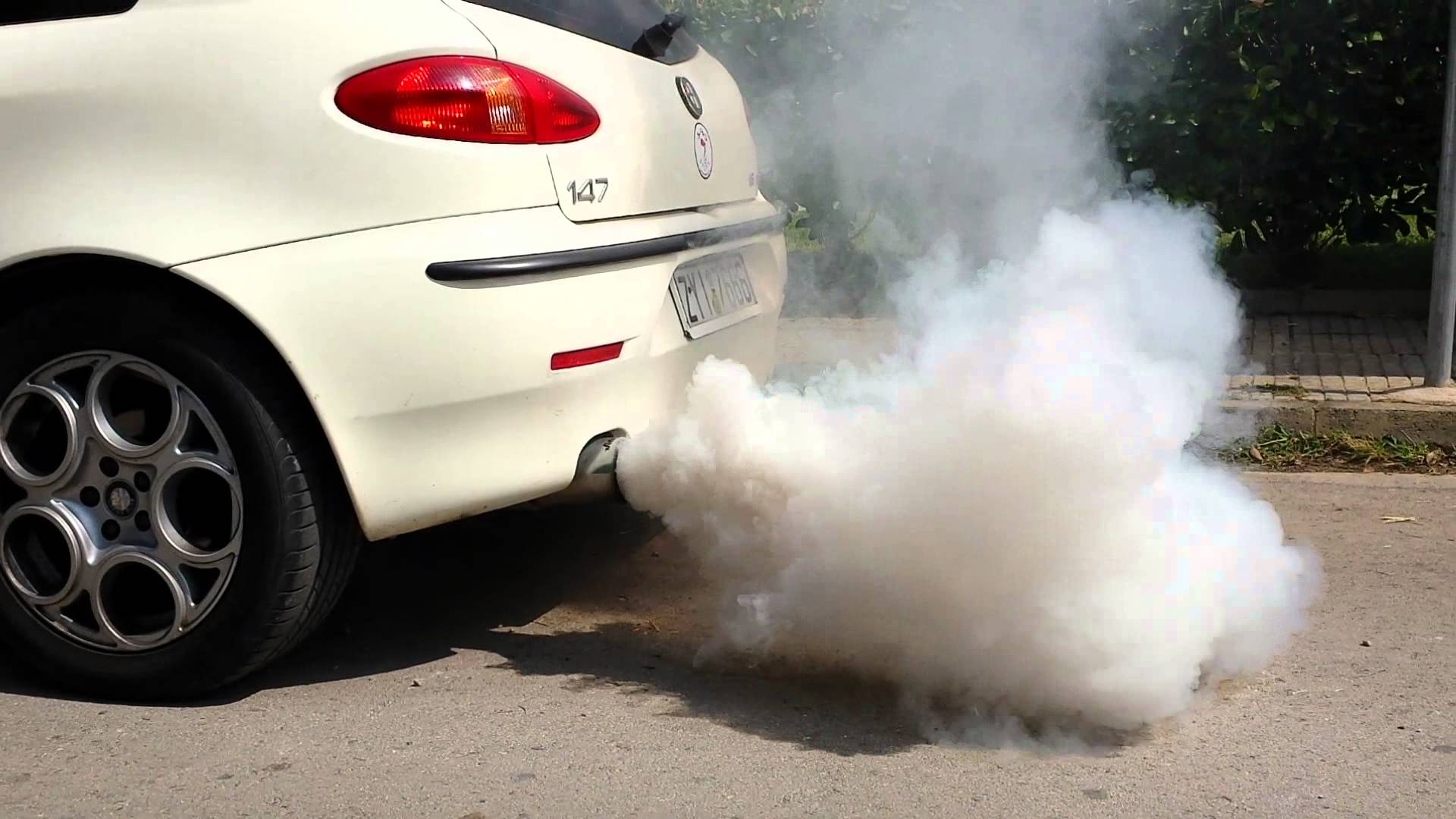 Photo courtesy of Car From Japan

The frustrating part is, head gaskets aren't even expensive. On average, the cost of a new head gasket is only 10% of the total bill. It's the labor that hikes the price up.

The head gasket sits in the middle of your engine, and is surrounded by equipment like the alternator, power steering pump, and intake and exhaust manifold. All of this must be removed. To make matters more complicated, there's tons of nuts, bolts, sensors and wiring surrounding all of this equipment, which could very well be rusty or frozen as a result of the explosion.

All of this hardware will have to be removed and reinstalled, assuming that all of it is still in working condition.

And there you have it.

We hope none of these things ever happen to your car. If they do, we'd like to make things better for you by getting you a killer deal on your next one. Check out the Swap Motors marketplace. Every car is pre- evaluated, and on average you'll pay 20-25% less than retail pricing!

See for yourself here